You are here: Home » Rescue Dogs

Juliet’s Mange Is Gone & She Is Looking For a New Family! 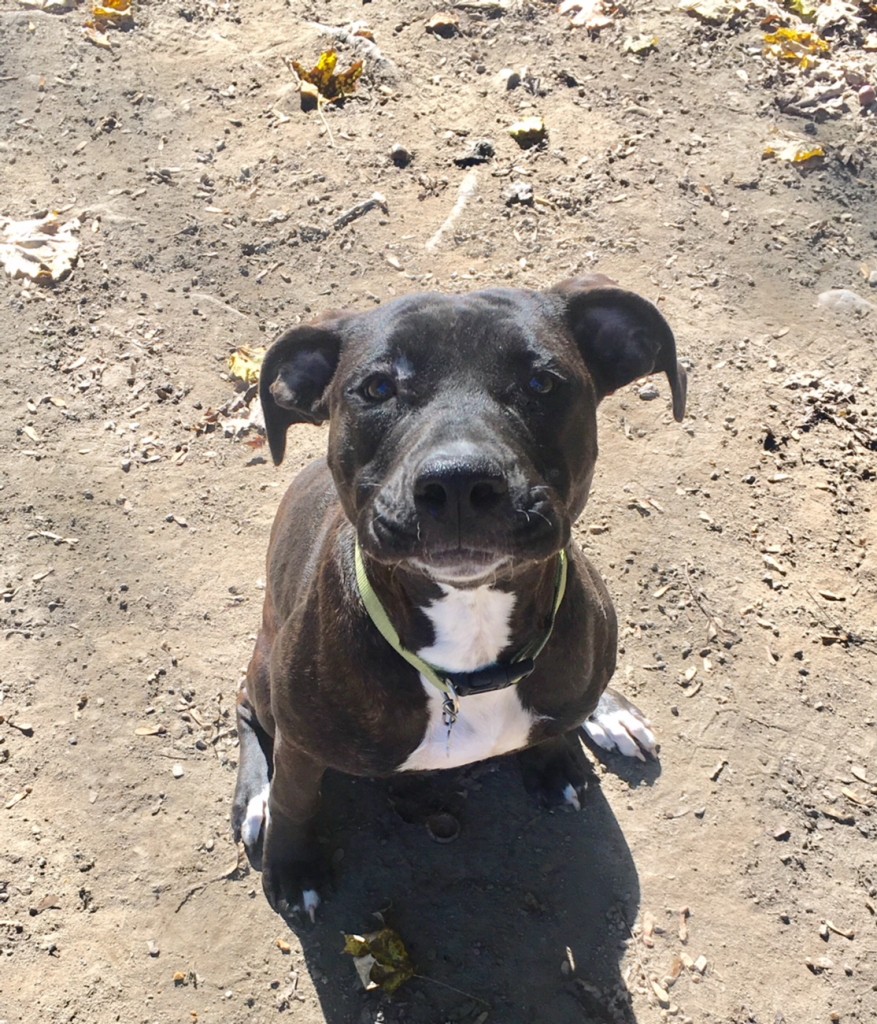 Suruluna learned of a dog, Juliet, in rural North Carolina who was stricken with a terrible case of mange. She was nearly euthanized at her shelter, as they were uncertain of her skin condition. After a group effort to get her condition urgently looked at by a vet while in the shelter’s care, Suruluna stepped up and rescued Juliet, transporting her to New York.

Suruluna treated Juliet and she is getting along well with her new friends at Suruluna. This gorgeous little girl is good with people, dogs and cats they hope to find her a home soon!

For more information about Suruluna, to adopt Juliet or to donate to this organization, visit www.suruluna.org. 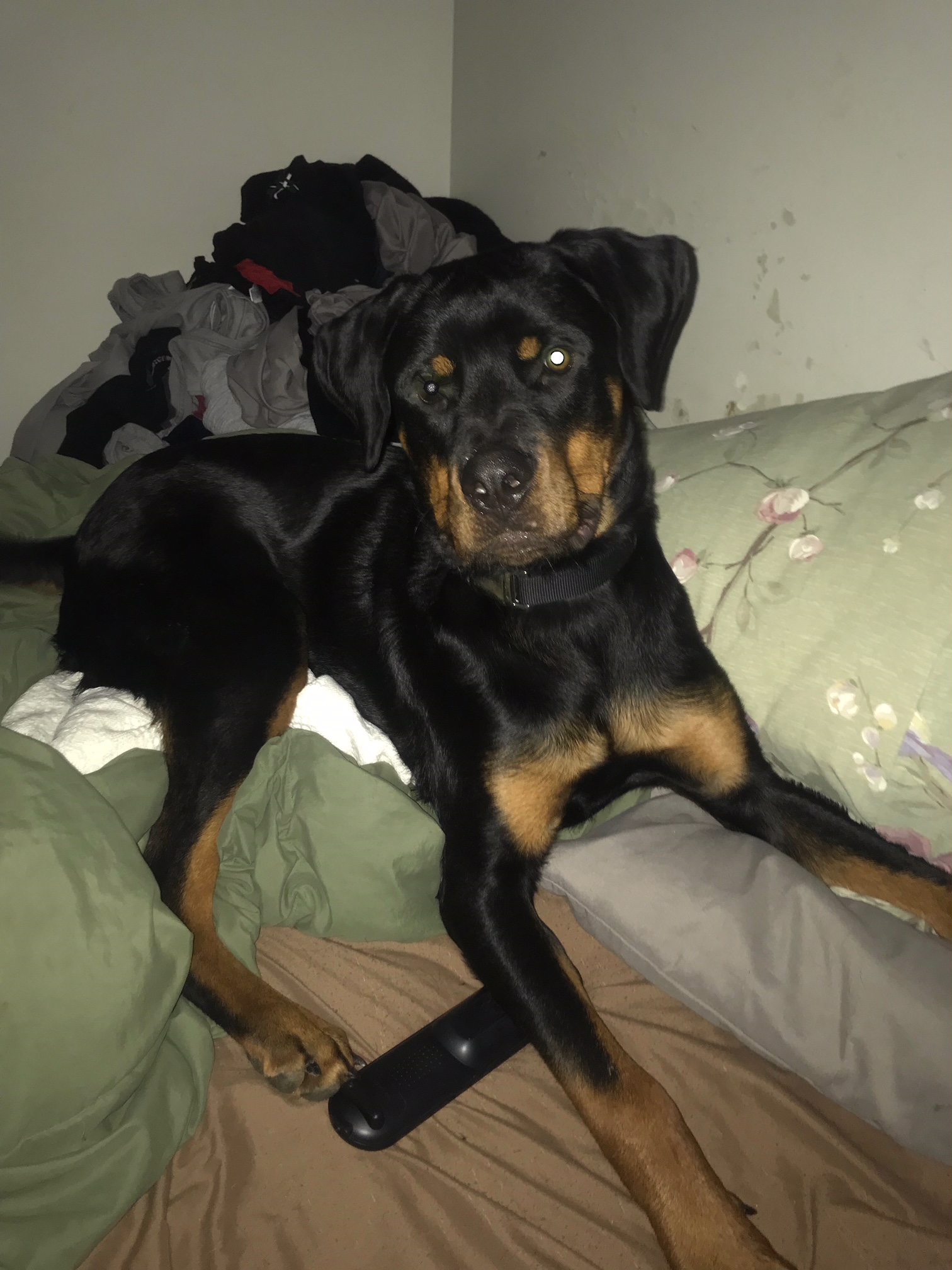 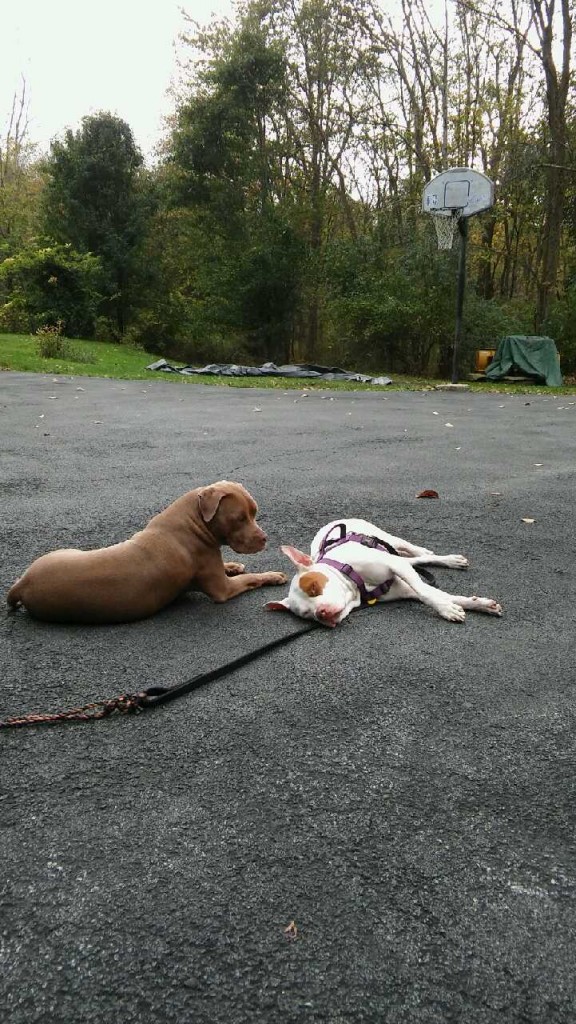 Suruluna did its part in helping the stranded and homeless pets that Hurricane Harvey pushed out. They took in several dogs, two of whom have already found a forever home.

These are 2 of the hurricane Harvey dogs Suruluna rescued and are with their new families.

The Rottweiler is Texas ( 8 months old) and the white and brown pit mix is Cowboy ( 2 years old). So far they seem to be doing great, and we all hope they keep thriving with their families.
Suruluna has three more Hurricane Harvey dogs, two who are in very bad condition and heart worm positive! The Tortorella Foundation, as a part of their commitment to aid the rescue of the animal victims of Hurricane Harvey and Irma, sent aid to Suruluna to help defer the costs of treatment and transport of these animals to safety. For more information about Suruluna, its rescue dogs or to donate to this organization, visit their website at www.suruluna.org.
0 Comments/in Animal News & Events, Bears Angels, Blaze's Friends /by KWilson/#permalink
October 17, 2017 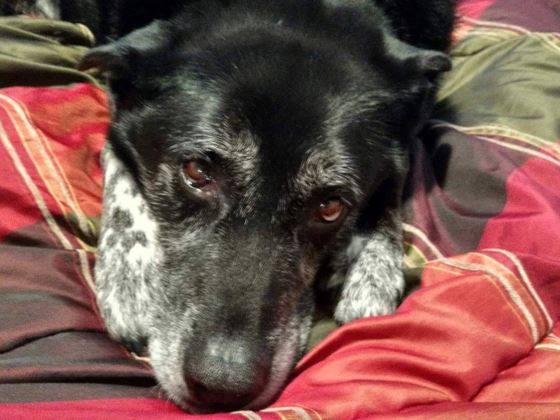 The Tortorella Foundation is pleased to help Refuge Magoo in Montreal, Quebec with a grant for general operations.

Above is a photo of Mickey, a 12-year-old dog in their care who is being treated for cancer. Mickey is like many of the dogs at Refuge Magoo – cherished and loved when no one else will take them in. And while Refuge Magoo is a small operation, its attention to finding the perfect home for every animal is remarkable.

For more info on the rescue, you can visit www.refugemagoo.org

ADOPT ME? Hufflepuff is mild-mannered 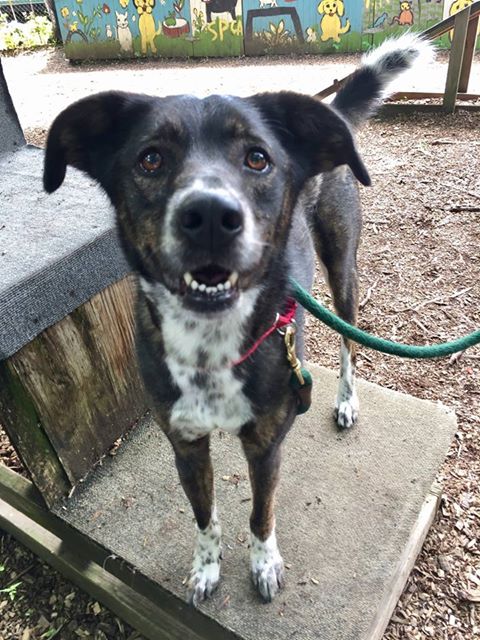 Nobody is more excited to celebrate the 20th anniversary of Harry Potter than Hufflepuff! This three year old Australian shepherd/collie mix is a smart, mild-mannered guy who gets along with most other dogs and has lived with a cat before. Don’t be a Muggle — add a little magic to your life and adopt Huffy! 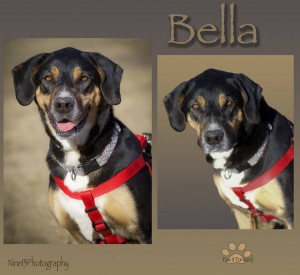 Bella is an 8-year-old girl who is looking for a home with an experienced dog owner. She needs a quiet home without children or other pets. Bella is looking for a very special person to spend time with her prior to taking her home. She enjoys walks, hanging out in the yard with her favorite people and sleeping on a nice comfy bed and will make a nice companion for the right person.

Bella and animals like her are available for adoption from Pets Alive, 363 Derby Road, Middletown, NY. For information about them, visit petsalive.com or call Pets Alive at 845-386-9738. 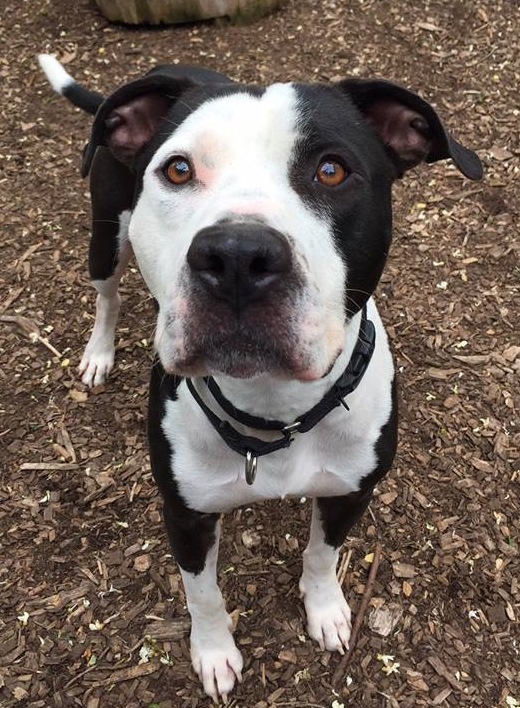 Petey is a gentle, middle-aged pitbull terrier mix that gets along well with other dogs and really enjoys the company of people. He’s super smart and already has a good handle on basic training and cues. He’d like a home where someone is home more often than not or a home where he can go to doggy daycare or have a dog walker come visit him. For the full scoop on Petey, e-mail trainer@spca914.org! 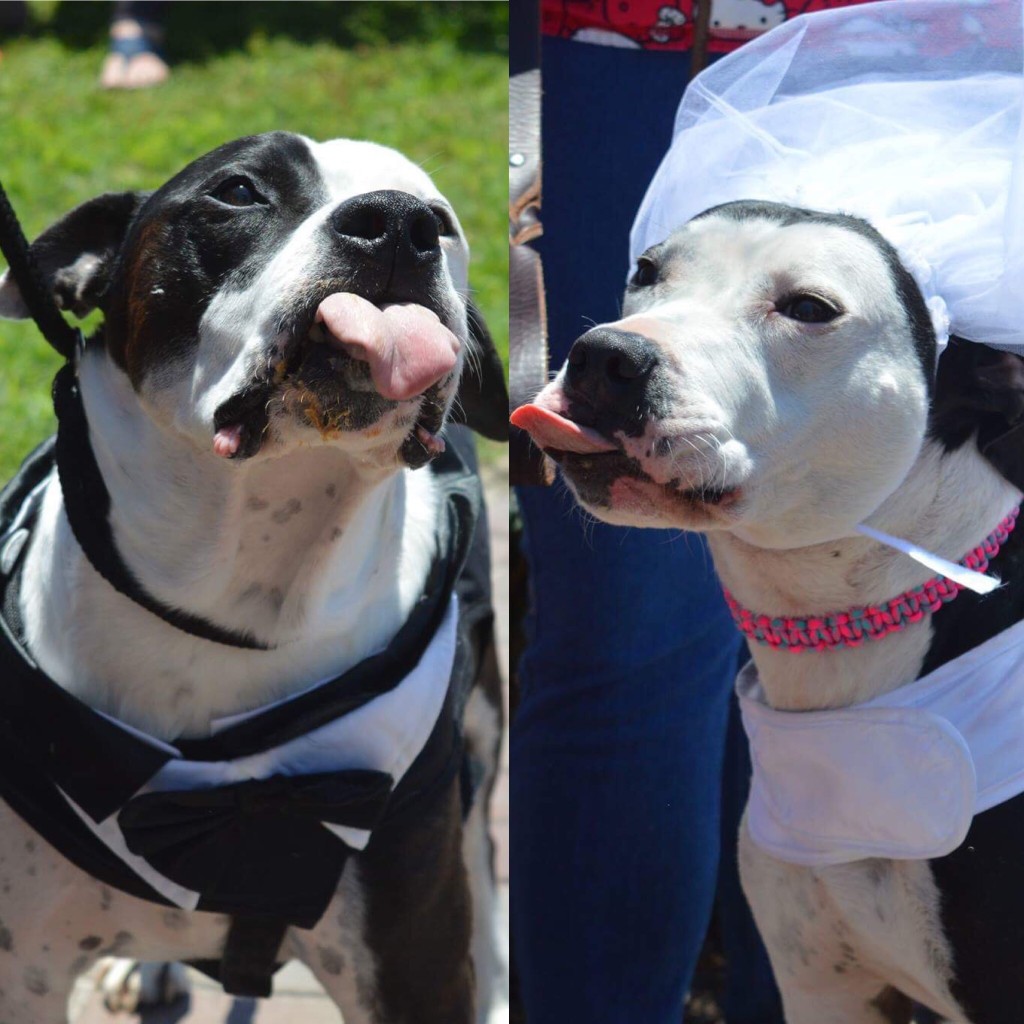 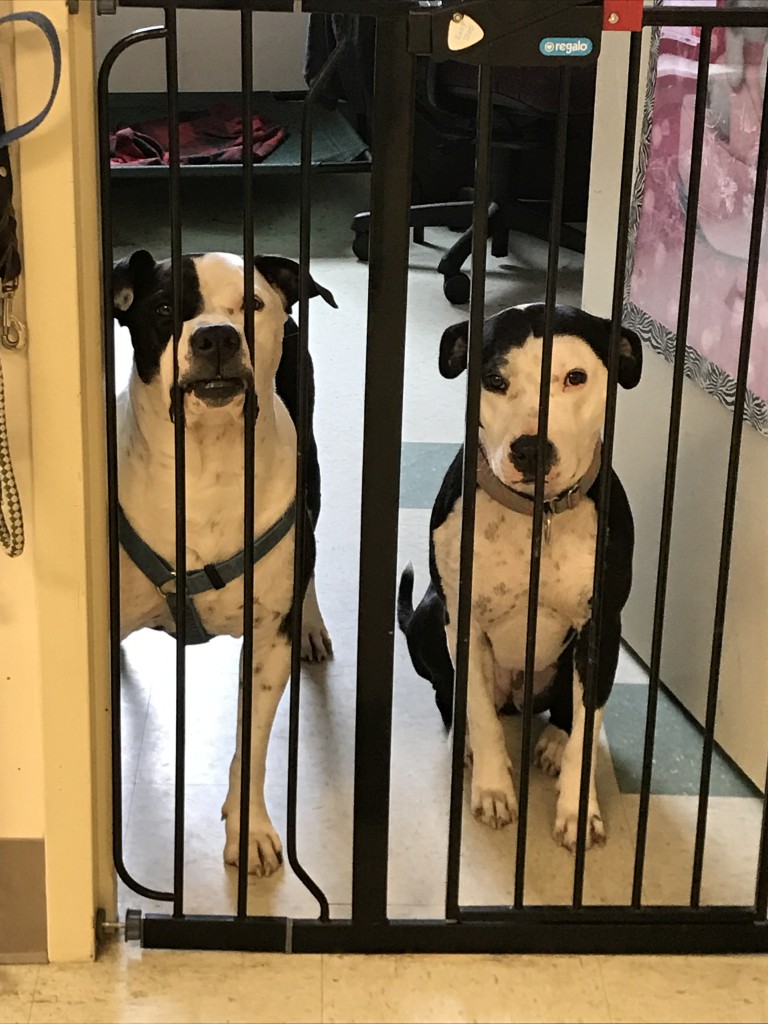 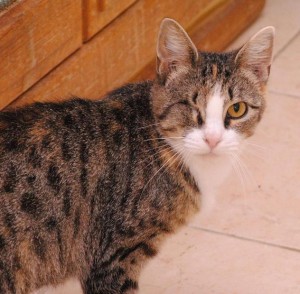 UPDATE: Almond was recently adopted. She has found her forever family!

Almond, a young female cat, was rescued by Pets Alive Middletown (in NY) from a horrific hoarding situation in June 2015. Sadly, they had to remove one of her eyes as it was badly infected. She has adjusted well and while she’s still a bit shy, once she gets to know you, she is very playful and sweet. While she’s been there for almost 2 years, she is hopeful someone will come along and open up their hearts and take her home.

Almond and animals just like her are available for adoption from Pets Alive, 363 Derby Road, Middletown, NY. For information about them, visit petsalive.com or call Pets Alive at 845-386-9738.

ADOPT ME? Johnny has a permanent smile on his face! 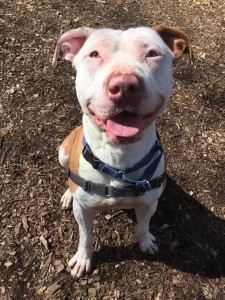 Johnny is a 1 1/2-year-old beauty and is one of eight dogs rescued along from a recent cruelty case. Johnny’s got a permanent smile on his face and is so happy to have people to kiss, a yard to run in, and the chance to find a wonderful forever home! Johnny is good with other dogs. He’d be a good fit for kids 14 and older and he does not want to live with cats. Please e-mail trainer@spca914.org or shelter@spca914.org to set up a time to meet Johnny!

ADOPT ME? Liam Hopes to Find A Family With His Skills 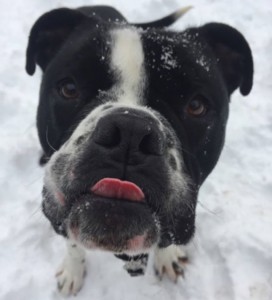 Liam has a very particular set of skills — skills that make him a dream for adopters like you. He has skills like friendliness, playfulness, trainability, and showing off his adorable underbite. He’s a 2-year-old bull dog who is good with other dogs. For more info on Liam, email trainer@spca914.org.