Enroute to Homeless to Home 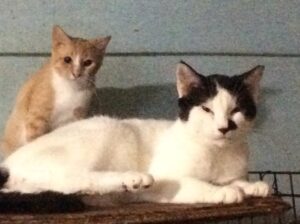 The ravages of Hurricane Maria, years ago, left many animals homeless and struggling for survival on the streets of Puerto Rico. While many people tried to take care of them, the task soon became overwhelming in a country that was virtually destroyed by the Category5 storm.

That’s where the actions of several rescue groups coordinated a plan. Sato Project of Puerto Rico flew the cats to New York City. Imagine Home rented a van to drive them from NY to Ohio where they were placed in the wonderful care of Homeless To Home Rescue and Cat Sanctuary in Marion. The Foundation was pleased to help after being contacted by Jennine Tarantino, founder of Homeless to Home about the situation. The cats are now being vetted and 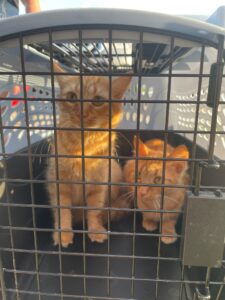 getting prepared for adoption. For these sweet kitties, memories of their struggles to stay alive are being replaced by affection and care