Go to the link below for your chance to win a helmet and leg pads from CBJ goalie, Elvis Merzlikins! Due to Merzlikins great love for animals proceeds will benefit Ohio’s Purebred Rescue. Click here.

Hockey & Hounds Shirts Are Back!

97.1 The Fan sports radio in Columbus, Ohio combines forces with Columbus Blue Jackets’ head coach John Tortorella to showcase shelter animals in their weekly segment “Hockey & Hounds” on the Carpenter & Rothman show. Join the H & H team by purchasing this awesome T-shirt and help support pet adoptions, community volunteering and charitable efforts. 100% of the proceeds will go directly to The Tortorella Family Foundation. Your donation will stay in the great state of Ohio, helping those who directly impact the lives of animals and children.  https://youtu.be/eVWacaX6pHo

The Wonders of Columbus Zoo and Aquarium

Earlier this year, the Tortorella Family Foundation was pleased to give a grant to the Columbus Zoo and Aquarium, to help with financial difficulties caused by the COVID-19 virus. The zoo is home to more than 10,000 animals representing 600 species from around the globe! Recent births at the zoo include a Masai giraffe calf, a sea lion pup, two red panda cubs and a siamang (gibbon) baby. These births are contributing to important species populations at risk for survival. The Columbus Zoo and Aquarium is a treasure for local animal lovers in Columbus as well as visitors from all around our nation. To learn more, please visit https://columbuszoo.org (Photo: The Columbus Zoo is recognized as an Arctic Ambassador by Polar Bears International)

Listen to “Stubby & Rusty” by Brittany and Christine Tortorella

Click the link below to listen to Brittany Tortorella read aloud from STUBBY & RUSTY, a wonderful children’s book she wrote with her mom Christine Tortorella. The book tells the true story of a special friendship and the importance of taking care of our planet.  Teachers can find a lesson plan as well.  lhttps://www.dobugshavebellybuttons.com/books/

Thanks to the devotion and patience of Bella Run Equine of Ohio, Chevy enjoys a happy life. This rescued horse was close to death, but Bella Run felt strongly that they could help her. And so they did. To see the moving video that documents Chevy’s journey to health, click here.

The John and Christine Tortorella Family Foundation is very aware of the many challenges faced by animal welfare and service organizations during the COVID-19 pandemic. Donations and support have decreased as have adoptions, spay and neuter surgeries and other important services for the public. To lend a hand, the Foundation has made grants to the following to  help them continue their important work during these trying times. Please click on the names to learn more

A sweet face from Suruluna

Kittens at Homeless to Home 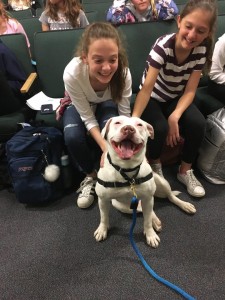 From Hockey & Hounds, info on status of Franklin County Dog Shelter & Adoption Center and Columbus Humane in Ohio.
Franklin County Dog Shelter and Adoption Center will require any individual interested in adopting or fostering a dog to schedule an appointment on-line. This decision was made in consultation with Franklin County Public Health.
Scheduling will be the following:
Monday through Friday: 11:00 a.m. to 6:30 p.m. with 30-minute increments.
Saturday and Sunday: 9:00 a.m. to 4:30 p.m. with 30-minute increments.
Six appointments will be available per hour and the shelter asks that each appointment be limited to two individuals. You are required to sign-up even if you are just interested in looking at the dogs available for adoption. Below is the link to sign-up:
https://www.signupgenius.com/go/20f054aa9ad2aa7fc1-shelter1

For individuals who do not have access to the Internet, appointments can be scheduled over the phone at 614-525-3647.
If you are interested in purchasing a dog license or redeeming a lost dog, you do not need to make an appointment.
The shelter’s extended sleepover is still in effect and new dogs will be available for foster every day. The public can view dogs at www.franklincountydogs.com. Questions about dogs can be answered at 614-525-3647 or 614-525-5409.
COLUMBUS HUMANE
We’ve significantly reduced the shelter population through adoption and foster this week (45 animals have already left the building since Monday and many more are scheduled for pick-up today and tomorrow.) Our community has been hugely helpful. As of right now, we’re open for adoptions by appointment only from 9:00 AM -6:00 PM and adopters need to call 614/777-7387 to make an appointment.
For those animals that need to stay here at the shelter because of health or behavior or cruelty case status, we have dedicated staff providing care. We even have a team of staff willing to be locked in and spending overnights if travel between the shelter and homes is prohibited by further State restrictions. We’re hoping that it doesn’t come to that, but we will ensure that the animals here at the shelter get the care that they need.
CID is operating on a limited basis in order to reduce opportunity to transmit disease. We’re responding to urgent complaints and impounding animals when necessary. Our animal support center is only accepting animals on an urgent basis and by appointment only.
We anticipate an increased demand for services in the future due to economic impacts of Corona Virus in the coming months including increased surrenders, increased requests for food/supplies and veterinary care. Community members wishing to help can do the following:
Donate pet food and supplies to help people in the community feed and care for their pets
Make a monetary contribution on our website at columbushumane.org
Create a pet care plan for your own animals in the event that you are hospitalized and encourage friends, neighbors and loved ones to do the same
in Animal News & Events, Bears Angels, Blaze's Friends, News & Events /by Robin Meng/#permalink
March 2, 2020 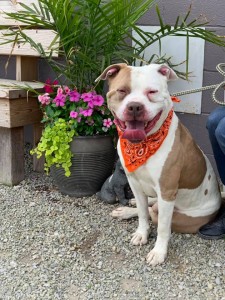 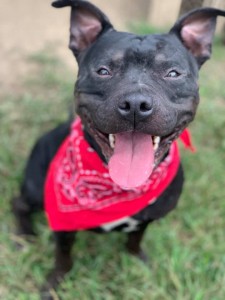 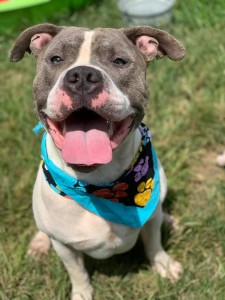 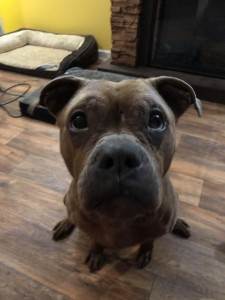 How could you not adore this sweet-faced, boxer-pit mix? Lucy was found living in deplorable conditions with a fever and multiple wounds from being chained. Thankfully, she was rescued by Scioto Area Humane Society of Ohio and taken to a veterinarian. Lucy has given birth to a few litters and needs to be spayed. She is about 3 years-old and is staying with a foster. Lucy is great with kids of all ages but doesn’t understand how to behave with other dogs, so it would be best if she was the only dog in the house. If you are interested in meeting this love-bug and giving her story a happy ending, please call Linda Kennedy Patrick with the Scioto Humane Society at 740-352-3339. 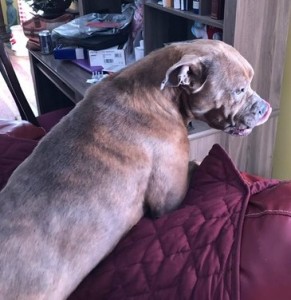 Lucy with her foster family.