Tag Archive for: SPCA of Westchester

You are here: Home » SPCA of Westchester 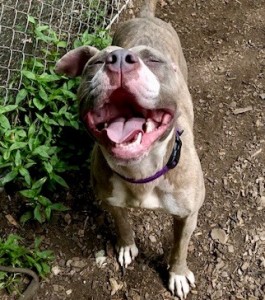 Diana is thrilled to have a new life.

This past Wednesday, CBJ Coach John Tortorella and radio host Anthony Rothman of 97.1 The Fan, kicked off another season of their “Hockey and Hounds” broadcast by discussing the amazing journey of an abandoned dog from Baton Rouge, Louisiana. The story illustrates perfectly the power of people working together to provide hope and help.

Aimee Broussard of Baton Rouge, LA found a starving, skinny, female pit bull beside a dumpster in August.  The dog’s teeth were broken and when she went to the bathroom, Aimee only saw mud. Aimee took the suffering animal to her local vet and named her “Diana”. The vet confirmed that Diana had probably broken her teeth when she bit her chain to free herself, and indeed, she had been eating dirt when there was nothing else to eat.  Aimee had Diana examined  and spayed by the veterinarian and boarded her for a few days while she searched for a suitable place for her. 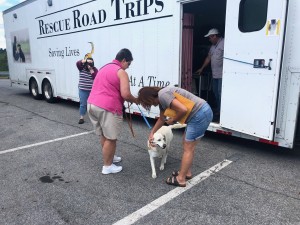 When no appropriate rescue or shelter could take Diana, Aimee reached out to a friend of the Tortorella’s, Darlene Healy, in the hope that someone could help. John and Christine Tortorella learned of Diana’s plight and were determined to help her further. They contacted some of the rescues and shelters they knew and were thrilled when their Bear’s Angels Partner, the SPCA of Westchester, offered to take Diana. The SPCA is a no-kill, animal-care organization located in Briarcliff Manor, NY. With the help of the Tortorella Foundation, the SPCA provides additional training and TLC to dogs like Diana who require more attention and love on the road to adoption through their The Way Home Program. 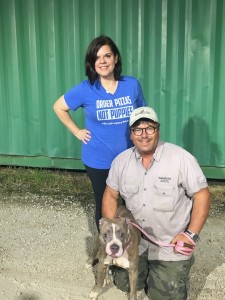 Aimee Broussard and the truck driver who took Diana on her long journey.

Aimee secured a rescue transportation group – Rescue Road Trips located in Zainesville, OH who could take Diana on the long journey to New York from Baton Rouge.  When the rescue truck arrived in Brewster, NY,  Christine and friends John and Eve Ianuzzi  were waiting to take Diana to the SPCA.  Once there, Diana was met with good food, a warm bed and loving arms. “Princess Diana” is a staff and volunteer favorite. She is enrolled in The Way Home  and is a great pupil.

The Tortorella Foundation is grateful for all the loving hands who helped Diana along her journey and is especially proud to support the SPCA of Westchester’s The Way Home Program. 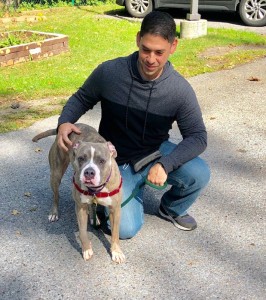 Safe and sound at the SPCA of Westchester. 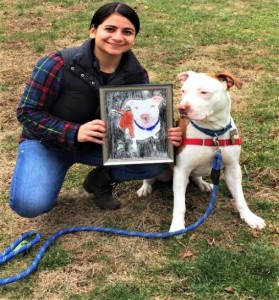 Saved from an abusive situation, Johnny is an example of a dog who benefitted greatly from The Way Home Program.

The Tortorella Family Foundation was pleased to present grants this spring to deserving animal welfare organizations who make a difference in their communities. Among the grantees was The SPCA of Westchester who was awarded a grant for their The Way Home Program, a partnership with the Tortorella’s that provides training, enrichment and TLC for dogs with behavioral challenges in order to improve their chances of being adopted. In 2018, 134 dogs enrolled in this program found their forever homes, including the dogs featured here. Please click on the link above (SPCA of Westchester) to learn more about this organization and its programs. 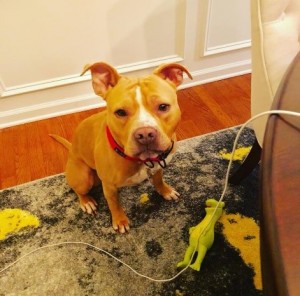 Reign was adopted after participating in The Way Home 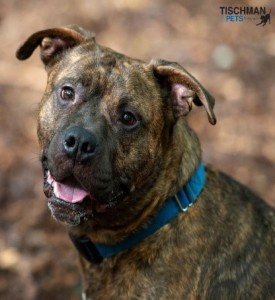 Lenny, another The Way Home dog also found a family to love. 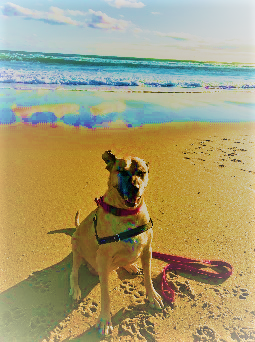 Tia is a lovely hound mix who was adopted and then re-homed with her dog walker. The original family kept her in a crate most of the time. The dog walker adopted Tia and spent six (6) years managing her with her two dogs. It turns out that Tia really does not want to share her space with another dog. She came to the SPCA of Westchester very leash reactive. The trainers worked a protocol called B.A.T. (Behavior Adjustment Training) with Tia, teaching her to walk away from her fears on leash instead of lunging at them.

She spent many hours off campus in the woods with a wonderful volunteer, who also helped Tia to earn her Ph.D. degree from C.L.A.S.S. Today, she has a brand new loving family and is doing great. Dr Tia vacations in Cape Cod and loves the beach and the outdoors!

Canine Life and Social Skills (C.L.A.S.S.) is an educational program to promote training focused on the use of positive reinforcement and to strengthen relationships between humans and their canine companions and is a part of the SPCA of Westchester’s The Way Home program. To learn more about The Way Home program, click here. 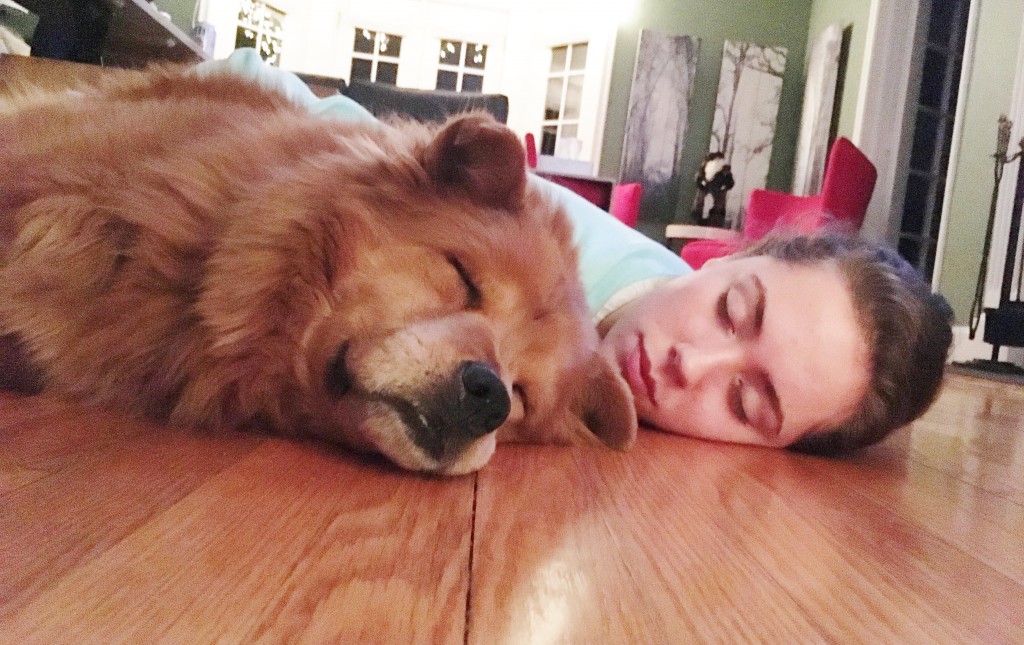 Gracie, a beautiful Chow mix, was brought returned to the SPCA of Westchester in 2016 after being adopted and having a home for five years.  Her first family said she was too protective of their home. They never tried to manage her space and make her feel safe.  She spent days in a kennel when she became too high maintenance.

When Gracie was returned to the SPCA of Westchester, she went on to master the Bachelor’s and Master’s level in C.L.A.S.S, Canine Life and Social Skills (C.L.A.S.S.) is an educational program to promote training focused on the use of positive reinforcement and to strengthen relationships between humans and their canine companions. Gracie ultimately earned her Ph.D.  Way to go, Dr. Gracie!  Her new family calls her a snuggle bug and love her dearly.

To learn more about The Way Home program, click here.

HAPPY TAILS: Bitsy gets her own happy ending! 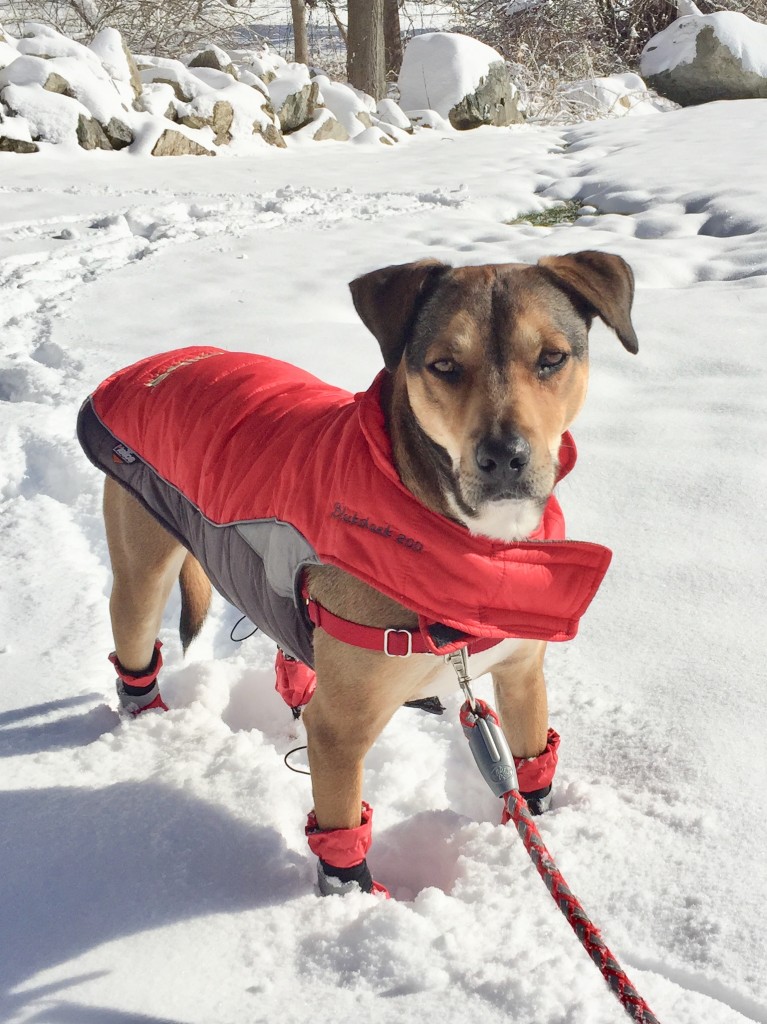 Bitsy is a small hound mix who was completely shutdown when she arrived at the SPCA of Westchester in New York. They had to carry her to the evaluation room and to play with other pups.  She did well for a while, sharing a kennel with a friend and being the mayor of play groups. Her canine social skills helped her learn to trust volunteers who were working with other dogs. And then, one day, she just could not live in a kennel any longer. She started spinning and refused food.

Bitsy was moved into the training office and the trainers, through The Way Home program, taught her how to settle in real life space. Multiple fosters helped this girl discover that life existed beyond the walls of a kennel. Bitsy helped more dogs learn how to play than any other dog ever at the SPCA. It was her gift to those that cared for her. Today, she is the sweet, warm loving, young lady she was born to be. Her new Forever Home offers her the love and patience and calm that she deserves. Bitsy arrived at the SPCA in May of 2016 and was adopted in December of 2017!

To learn more about The Way Home program, click here. 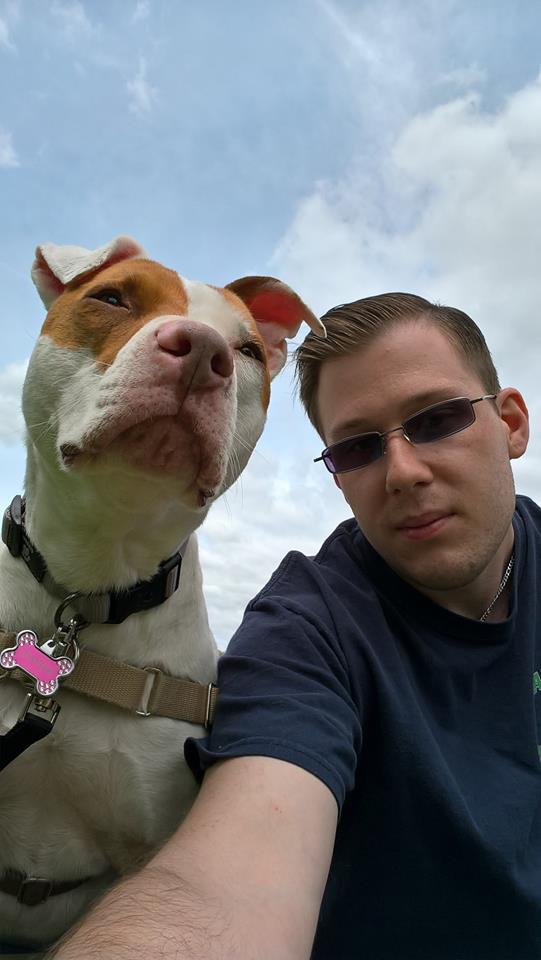 Maggie was from a shelter in the south where she had lived since she was four months old. When she arrived at the SPCA of Westchester, she was three, her skin was in horrific condition and she was not social around dogs, according to the SPCA.  The Way H

ome trainers at SPCA used the B.A.T. (Behavior Adjustment Training) technique to help her settle on leash and were able to get her playing with dogs again. Maggie arrived at SPCA in March 0f 2016 and spent more than a year there in The Way Home program. Today she is doing great with her new family.

This incredible girl received her Bachelor’s degree from C.L.A.S.S., learned how to play with other dogs and walk smoothly on leash. Canine Life and Social Skills (C.L.A.S.S.) is an educational program to promote training focused on the use of positive reinforcement and to strengthen relationships between humans and their canine companions.

Maggie is now sleeping in a nice, warm and cuddly bed for the first time in her life with her new forever home! To learn more about The Way Home program, click here.

ADOPT ME? Freedom is Ridiculously Cute 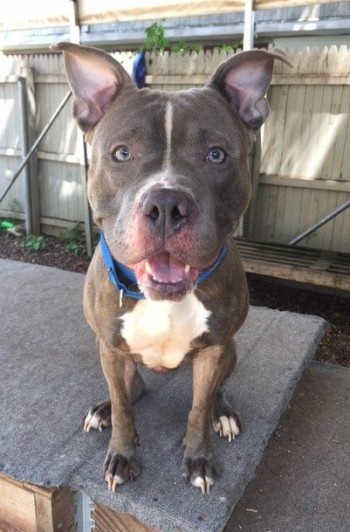 Sweet Freedom! This beautiful boy’s smile is contagious! Freedom is around 3-4 years old and he’s just ridiculously cute. He’s off the charts friendly and loves the attention and company of people. He also gets along well with other dogs. For more on Freedom go to the SPCA of Westchester (Westchester, NY) to meet this awesome guy or e-mail shelter@spca914.org.

ADOPT ME? Dannon Wants a Family with Dogs! 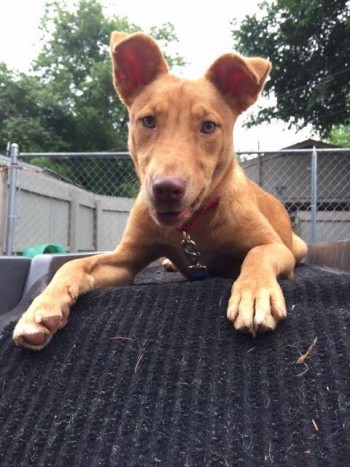 Whatta smile! Eight-month-old Dannon is looking for a forever home where he’ll live with another dog — he’s crazy about other pups! He’s a little on the timid side as he figures out the big wide world, and other dogs really help him feel comfortable and confident.

His happy place is playing in the yard with his human and dog buddies. If you have a dog or dogs at home looking for a new friend, consider Dannon! Go meet him or e-mail trainer@914.org or call (914) 941-2896 x 24 with any questions! 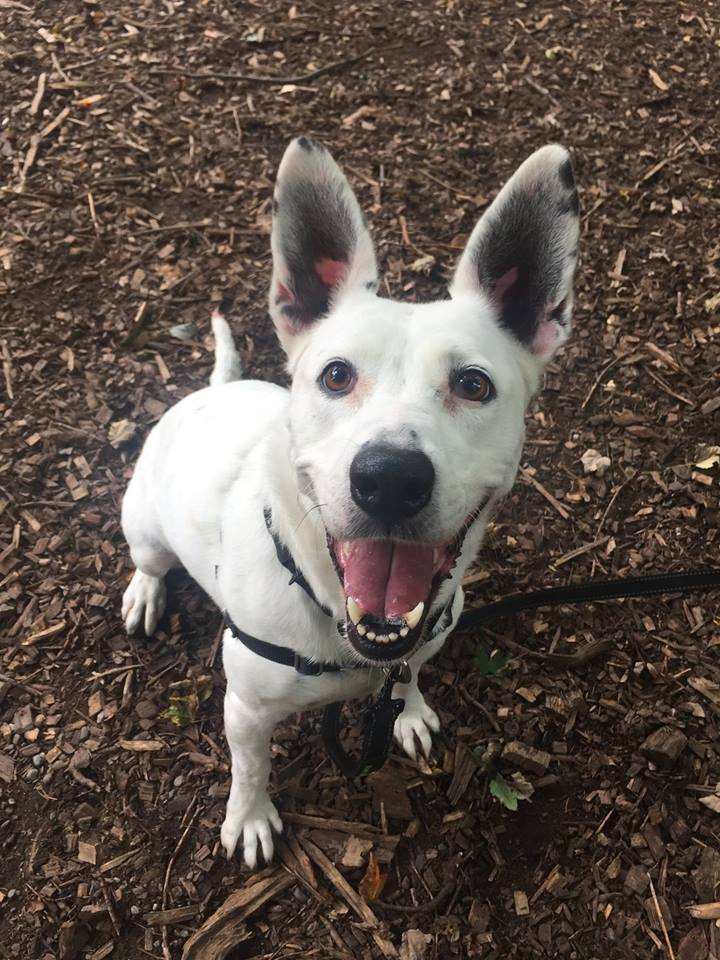 If you position Luna just right, you might be able to pick up HBO. It’s a little ironic that with ears this big, sweet Luna can’t hear a thing; she’s deaf but it doesn’t slow her down one bit.

She knows a ton of commands by hand signal and is a really smart girl. She’s around 6-years-old, crate trained, energetic and active, a little bit selective with her dog friends, and would be a good fit for kids around 12 and older.

ADOPT ME? Bella’s Soulful Eyes Will Melt Your Heart 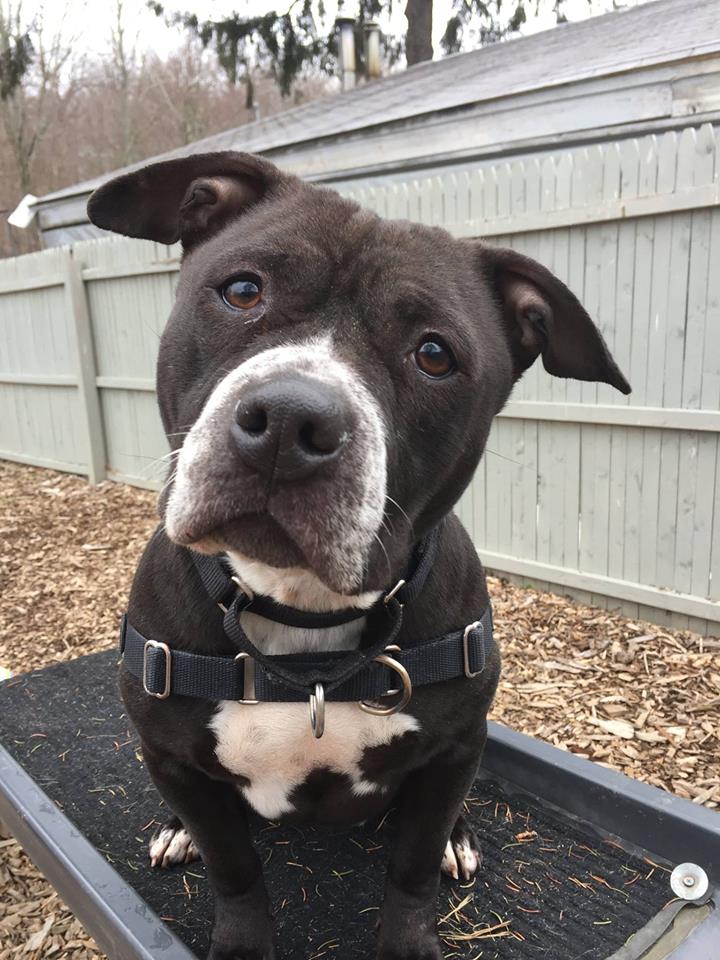 She’s a little teapot short and stout… Two year old Bella has the most expressive face and soulful eyes; she’ll melt your heart with one look. She’s a gentle girl and would be a great friend for kids around 14 and up.